Our Bridgend showroom has a range of indoor pools, saunas and hot tubs to view and try out and our trained team can answer any questions you may have.

To discuss a new project, an existing project or would like assistance with servicing, our experienced team are here to help Mon-Fri 9-5 & Sat 10-3 (Mar-Oct).

To discuss a new or existing project or servicing options, use the contact form. A member of our team will then contact you as soon as possible.

A commercial poolside tiled steam room at Marriott St Pierre in Chepstow. Bos removed the existing steam room and replaced with a bespoke tiled cabin. In order to try and cut down the steam room closure time, Bos built the cabin offsite, dis-assembled and then re-assembled the steam room in situ. A modern choice of benching profile was chosen by the client, and large format seat tiles were used. The benches have slight falls forward, allowing water to run off them. Blue LED lights were installed into the sloping ceiling, and a tile band used to break up the wall tiling. Epoxy grout was used as opposed to standard grout to reduce long term maintenance. A new Hygromatik steam generator was also installed.

Back to Steam Rooms Projects 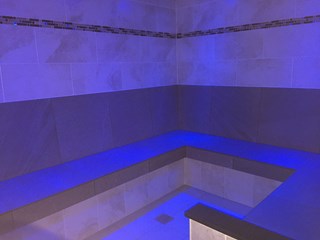 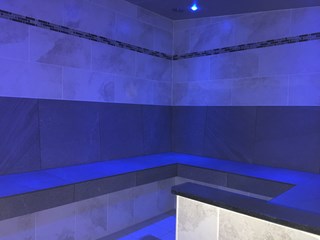 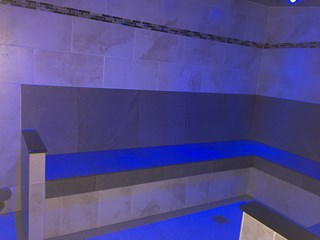 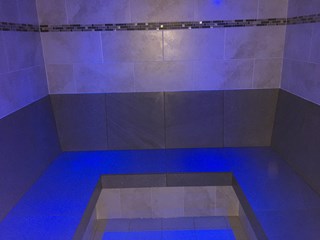 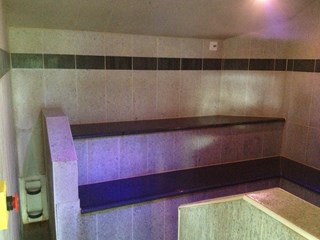